The Ikea effect defines that psychological need we have to feel competent. Assembling furniture or making our own desserts or breads is a clear example of this. Businesses know this, and prices are sometimes increased by this cognitive bias. 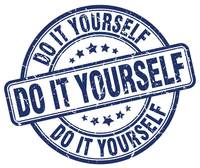 The Ikea effect gives its name to a curious fact that many of us often experience: the pleasure of building things by ourselves. The " do it yourself" takes decades triumphing in the world of marketing and extends far beyond the field of DIY and furniture. Business psychologists and publicists have known about this striking cognitive bias for decades.

Who else and who has ever done it least: set up a desk, make a cake with all those ingredients that are already prepared in the box or even paint a picture in which the shape and color that we must apply in each is already described. part of the canvas. People like to have that feeling of efficiency when we can do something with our own hands.

That feeling of competition even makes us value the final product much more, be it a piece of furniture, a dessert or even dye our hair ourselves. This is well known by companies and this causes the price of what we have acquired to be higher. Because beyond what it may seem, the fact that the client assembles their own wardrobe does not make it more economical.

Ikea effect: five characteristics that we must know

The Ikea effect is almost as old as the Swedish multinational itself. However, it was in 2011 that this cognitive bias was first coined . It was doctors Michael I. Norton from Harvard Business School and Daniel Mochon from Yale University who described in a study that tendency to value a product much more when we make it ourselves.

Something that could be seen in this work is that when consumers assembled the furniture themselves, they added greater value to the final product. A kind of affectionate bond was created with that bed that they assembled, that table that they assembled or those chairs that they received in individual pieces. Now, there was a detail and that is that this assembly should not be excessively complex.

Now, the Ikea effect tells us many more things ...

Even if you believe otherwise, you are not paying less

The strategy for large companies is smart and very beneficial. Something that the people in charge of this study, Norton and Mochon, discovered is that the Ikea effect means that the more we try to do something, the more we will value it. This makes us unaware that we are actually paying more for a product that should cost much less (since the manufacturer is avoiding assembly costs).

Companies like Ikea itself and also Build-a-Bear (build your own teddy bear) follow this business model. What's more, there is also another fact and that is that we mistakenly believe that since the customer is the one who assembles the furniture, the price we see is cheap. When in reality, it is not.

Ikea effect, even if the furniture is crooked, it is "my furniture"

The Ikea effect is also based on another curious cognitive bias : endowment. This term tells us that sometimes, we establish a sense of ownership over what we have done ourselves. It does not matter, for example, that that table in the room is crooked. It is my little table because I assembled it, because I spent almost two hours assembling it and that object therefore has a part of me. Although the end result is not ideal.

The same happens with what we cook . Sometimes we are able to eat it even if it is not good because, after all, we have made it ourselves.

Self-efficacy and the need for competence

There is something remarkable in the fact of preparing that cake for which they already give us all the ingredients in a box. There is also a certain pleasure when it comes to assembling a closet or that bunk bed for our children. These tasks offer us a pleasant sense of self - efficacy . And few things have such a positive reinforcement as seeing that we are doing well, that by following those instructions that piece of furniture or that cake comes out as we expect.

People need these experiences of effective competition to improve the vision we have of ourselves. Thus, something common that happens with the Ikea effect is that when people finish assembling or making a product, they share it with their loved ones. We like friends and family to "see or taste what we have made for ourselves."

When in reality that action and that sensation have already been anticipated by large companies. That is what they want us to feel because in this way we do not perceive that this product has a price that, in reality, does not correspond to it ...

Do it yourself with your own raw materials and without instructions

There is a much more enriching approach that can revert to our psychological potential. Let's innovate, make use of the most radical creativity and create our products without having to resort to something already "prefabricated" . We can, for example, make a fabulous dessert without those preparations that are sold in supermarkets.

Sometimes, there is nothing more entertaining and rewarding than restoring old furniture to a new use. In essence, there are many more formulas with which to feel competent and have a wonderful final product. The Ikea effect is becoming more and more common in our market and it is worth identifying it when it is sold to us.