Sex is part of nature

The famous American actress Marilyn Monroe said, with a good sense of humor, that " sex is part of nature, and I get along wonderfully with nature ." That is why it is especially curious that something so natural can raise so much dust and even rejection. In fact, throughout history, a number of erroneous beliefs about sexuality have emerged.

In addition, all this, despite the fact that many of these beliefs regarding sex have been disregarded by science itself, which has shown its lack of truth with numerous studies. However, they remain installed in the collective imagination of many societies, even causing dysfunctions, discomfort or even relationship problems. 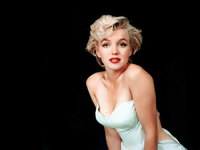 "Is sex dirty? Only when it's done right"

These erroneous beliefs about sexuality in certain environments can lead to jokes and jokes, but the truth is that, far from being innocuous, they can end up causing personal problems . Unfortunately, these problems have no real or scientific basis, only social, and come from misconceptions. So..., let's get to know some of the most deeply rooted and common?

Second, referring to pain, it is true that some factors can influence it. Although the vagina is elastic and designed for sexual enjoyment rather than pain, first-time nervousness, and even high expectations, could lead to lack of lubrication. That is an important factor in the appearance of pain. But it does not always have to happen, although it is difficult not to feel certain nerves, given the importance that is given to the "first time" in our culture.

We go with another false belief about sex. The clitoris is the female point where there are more nerve endings , so the greatest possibilities for pleasure are found there, and not in the vagina.

However, we can distinguish between two types of female orgasms, vaginal and clitoral. In fact, the ideal, in addition to penetration, is that there is also stimulation of the clitoris , so the sensation of pleasure is much more complete. But one is not exclusive of the other, and penetration does not have to be the only method to achieve orgasm.

Penis size, does it matter?

This is one of the issues that can cause more problems in man. Does the size of your penis really matter? The truth is that no. Obviously, any penis, within the measures considered normal, can provoke and produce a pleasant orgasm .

As we have said, the vagina is elastic, and it is prepared to adapt to any size. However, if we talk about minimal or exaggerated proportions, we get into physical problems. But when it comes to normality, volume has nothing to do with the proportion of pleasure it can cause .

The "reverse gear" is a reliable contraceptive

Another of the great myths that from time to time becomes fashionable among young people, mainly. But in reality it is totally false. When the man is excited, he releases pre-seminal fluid as a consequence of his state.

As you may have already imagined, this liquid does contain sperm , which could perfectly fertilize an egg. It is true that the odds are lower for their number, but they are perfectly capable of getting a girl pregnant and, of course, of transmitting any sexually transmitted disease.

Even today, with all the means to inform us that we have, these 5 erroneous beliefs about sexuality are still very valid , incredible as it may seem. It is our job to work to banish them once and for all.