Sometimes we draw overly optimistic conclusions about a given issue and we do so through survival bias.

We are going to discover what implications this logical error has and some of the most common scenarios in which we can observe this phenomenon, as we will see that it is not a bias that is more prevalent in a given area but that it can occur in a variety of situations. 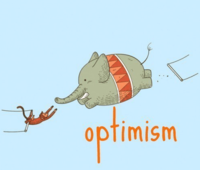 What is survival bias?

Survival bias or survivor bias is a type of failure in logical argumentation that leads us to focus only on the elements that have passed a certain selection , ignoring, on the contrary, all those that did not. This limitation can lead the observer to completely ignore the mere existence of all those elements, which can sometimes become the majority or have interesting attributes that were lost in oblivion.

It's not just about that mistake. Also, survival bias can lead us to unwarranted optimism at times. And it is that evaluating a certain situation taking into account only those people or elements that have exceeded the evaluation barrier or the selection process in question. Counting only on the characteristics or testimonies of those and not the total number of participants, can be a mistake.

In order to better understand what survival bias is about, we are going to try to visualize it with an example . Suppose we organize a car race and when it is over, we assume that the first three are, without a doubt, the best cars to compete. But a multitude of situations could have occurred that have left the rest of the racing cars behind.

For example, an accident may have occurred that knocked out top-tier cars. The tires chosen by some of the participants may not have been the optimal ones to take advantage of the characteristics of the car and the circuit. They may even have been worse drivers and failed to exploit the potential of the vehicle, which could even have been better than that of the winners.

These are just some of the options for which we could easily be falling into the survival bias, thinking that the cars in the first positions are, automatically, the best. To arrive at such a statement we need to investigate in depth about the characteristics, not only of them, but also of all the other participants. Only then will we be in a position to draw proper conclusions .

Areas in which this logical error appears a lot

Survival bias is a phenomenon that can occur in practically any setting. That is why we are going to make a compilation of some of them and thus be able to understand the magnitude of this logical fallacy and the dangers it entails if we are not aware of its effects.

1. At an economic level

Probably one of the most important scenarios to take into account the possible appearance of the survival bias is the economic or financial one, since the consequences can be dire. In this case, said bias would refer to the exclusion in any type of report of all those companies or other types of organizations that have been closed .

Therefore, the information related to a multitude of companies that, having failed, would not add up in certain statistics and indicators, which would be composed only of those that are still standing, would be leaving out of focus. It would be one of the cases in which a large amount of information would be missing, sometimes very important.

2. At a historical level

We have all heard the claim that history is written by the victors. In a way, it is a way of expressing the effect of survival bias on historical events. In these cases, for example, it is usually the winning side of the conflict that is responsible for shaping the narrative about the war they have fought for, its origins and its consequences .

Sometimes this account is reasonably objective, but in others it is a real puzzle for historians, who have to study the documents in great detail to ensure that the events occurred as that part maintains. Assuming that there are documents to be investigated, because evidence that is not of interest can also be eliminated, about a past that "never" occurred.

3. In the professional field

We cannot forget that the survival bias also applies to people themselves and of course to their careers. For every great footballer, famous actor, renowned writer or reputed manager, there are thousands who, having similar characteristics, failed in the same way.

In this case, considering only the qualities of those who achieved success as an infallible formula would be a mistake , since we would be leaving out of focus a multitude of variables, many of them uncontrollable or random, which surely had a lot to say in the failure of the rest .

4. On the quality of the goods

Sometimes we have the feeling that the objects, clothing or machinery that are created today are deliberately designed to last a certain time. They call it planned obsolescence. The argument is that there are elements of the same genre but created a long time ago that still maintain their qualities.

Here there would be a case of survival bias, since we would be focusing on the concrete example and ignoring the immense amount of elements of the same type that never reached our days. If we were to take into account the total number of objects created in a certain era and could establish a statistic on those that have demonstrated their durability and those that have not, perhaps our opinion would change.

We would surely realize that in reality only those products designed with very specific characteristics have lasted longer than usual and, on the contrary, there have been many who have not been able to withstand the passage of time as well as those minority cases.

The reader will surely have the well-founded impression that old buildings tend to be much more beautiful than modern ones. Does this mean that absolutely all the constructions that were made in the past were majestic and also tremendously resistant? Absolutely. That would, without a doubt, fall into the survival bias.

How, then, is it possible to explain that all (or almost all) of the old buildings that are conserved in the cities are notably more beautiful than the newer ones? Due to the constant renovation processes that cities undergo every few decades. This means that most buildings have an expiration date, except those that are especially noteworthy due to their characteristics.

Therefore, these tend to become part of the heritage and it is about restoring them whenever possible instead of tearing them down and replacing them with others. That is the origin of the survival bias, since it leads to the belief that only old buildings survive, without taking into account that for each one that has reached our time, there are hundreds that were reduced to rubble.

One of the strategies that the US Army carried out during World War II was to study the bullet impacts that its bombers received during air battles, to protect especially the areas where more bullets were observed. It seemed like a brilliant strategy, but it was missing a key factor: all the planes shot down in combat.

The fact of not being able to study the destroyed aircraft made it impossible to verify where precisely those that suffered the most serious damage were being shot. Therefore, it is an obvious case of survival bias.

7. The seven lives of cats

Who does not know the popular saying that cats have seven lives? One of the tests that is usually given to support such a claim is that cats usually survive falls from great heights. How do you know this? Because veterinarians usually treat specimens of these animals that have suffered injuries typical of a fall from several floors.

But this is another case of survival bias, since we are only evaluating the cases of cats that survive falls, leaving aside all the cases of cats that, unfortunately, are not so lucky and die from the consequences of falling into the void . It is likely that the number of the latter is higher, but when omitted from the statistics, we still think that cats have seven lives.